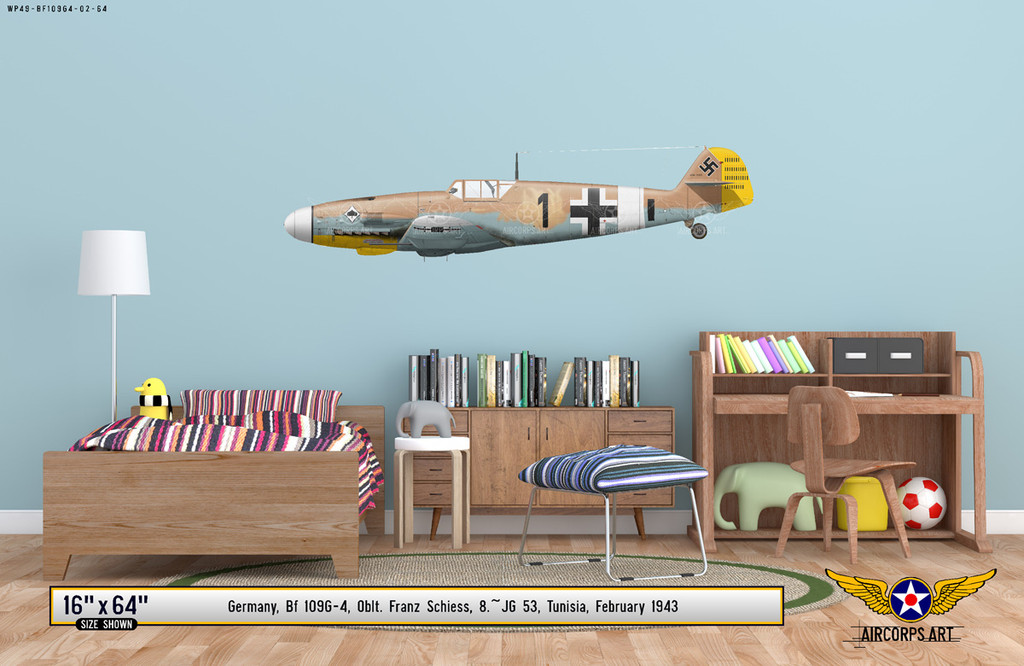 Franz Schieß was a German fighter ace. He claimed 67 victories in 657 missions, (14 on the Eastern Front, and 53 against the Western Allies) whilst flying the Messerschmitt Bf 109. Among those were 17 P-38 Lightnings, making him the highest scoring "Lightning-Killer" of the war.

On 2 September 1943, Schieß led a scramble against a USAAF B-25 bomber formation attacking rail marshaling yards at Cancello, Naples. His unit engaged the fighter escort of P-38 Lightnings. Unable to break through the fighter screen to attack the bombers, he followed the force back over the Gulf of Salerno. His final battle took place over the island of Ischia; at around 1:45PM, the pilots heard Franz Schieß radio: "At them again, everyone get ready!" At the time, the formation was 30 to 40 km southwest of Ischia when Hauptmann Schieß's wingman was forced away by two Lightnings and lost sight of his Staffelkapitän. Ten of the P-38s were shot down, but Schieß's Bf 109 G-6 (Werknummer 160 022—factory number) "Black 1 + I", crashed into the Mediterranean 30–50 km SSW of Ischia in the Gulf of Salerno. Though not witnessed, he was probably shot down by a P-38.

Spruce up your room, man-cave, garage or toolbox with this vinyl decal paying tribute to the famed ace and the Messerschmitt fighter he flew! Comes with smaller vinyl decals that can be applied anywhere, an application tool, and instructions.