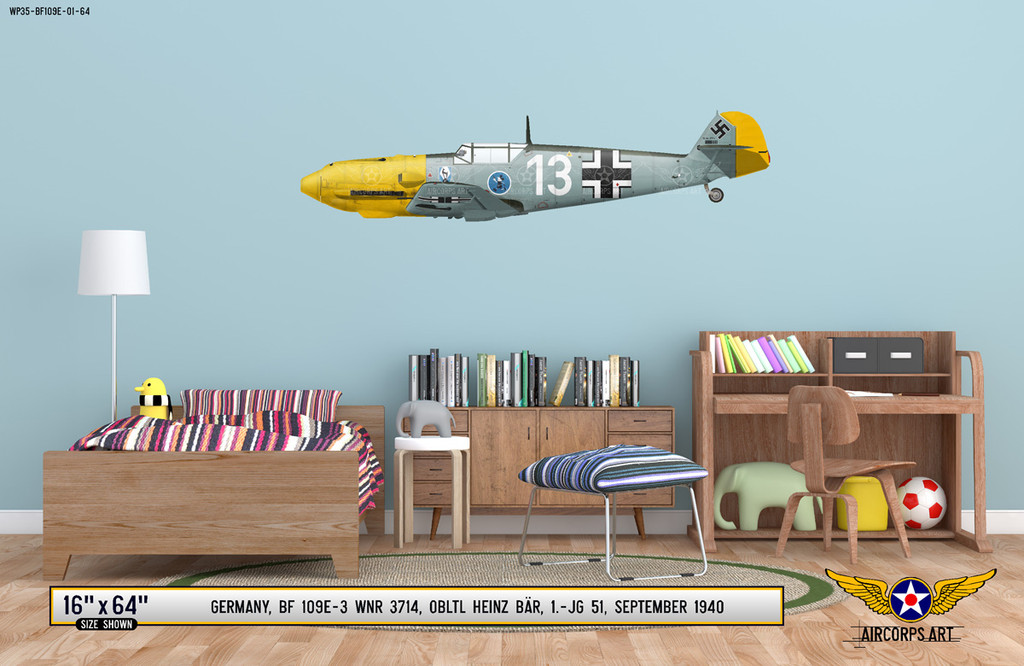 Heinrich "Pritzl" Bär was a German Luftwaffe flying ace who served throughout World War II in Europe. Bär flew more than one thousand combat missions, and fought in all major German theaters of the war, including the Western, Eastern and Mediterranean fronts. On 18 occasions he survived being shot down, and he was credited with 220 or 221 aerial victories, around 16 of which were in a Messerschmitt Me-262 jet fighter.

His 16 victories while flying one of the first jet fighters, the Me 262, an achievement which would normally have earned him the coveted Knight's Cross of the Iron Cross with Oak Leaves, Swords and Diamonds. Hermann Göring's personal dislike of Bär, coupled with Bär's insubordinate character and lack of military discipline, deprived him of this award. After World War II, Bär continued his career as an aviator. He was killed in a flying accident on 28 April 1957 near Braunschweig.

Spruce up your room, man-cave, garage or toolbox with this vinyl decal paying tribute to the famed ace and the Messerschmitt fighters he flew! Comes with smaller vinyl decals that can be applied anywhere, an application tool, and instructions.