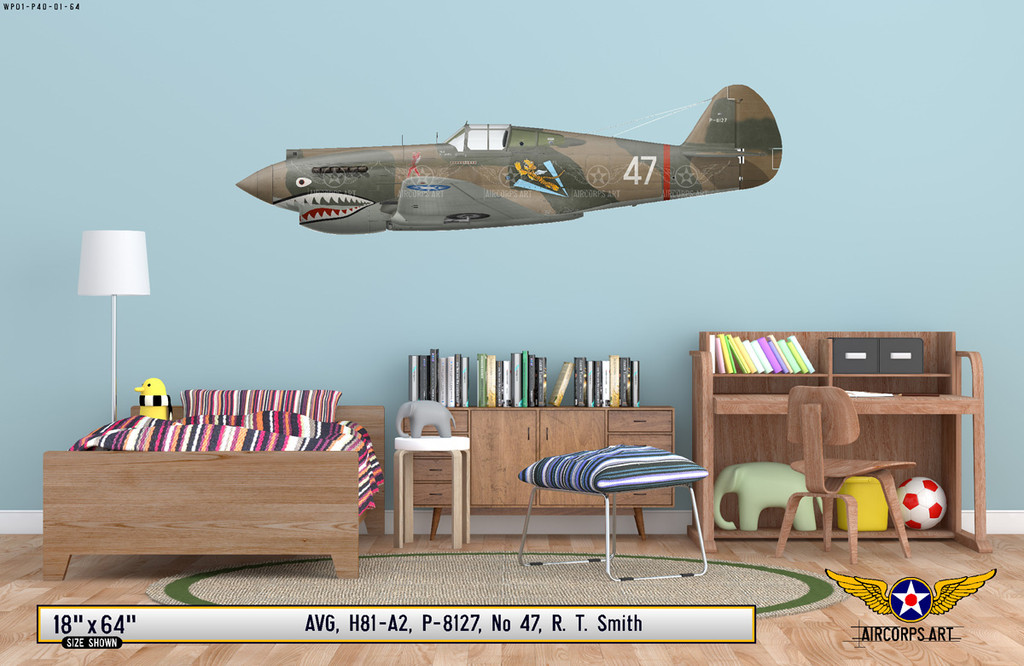 Smith resigned his commission in July 1941 in order to join Colonel Claire Lee Chennault's American Volunteer Group (AVG) as a "soldier of fortune" with the Nationalist Chinese Air Force. The Flying Tigers, as they were soon to be called, were in Burma training in Curtiss P-40s (actually Hawk Model 81-A-2s, or, as the British called them, Tomahawks) when Pearl Harbor was attacked on December 7, 1941.

R.T. Smith sometimes called "Tadpole" after David Lee "Tex" Hill supplied the answer to a question someone posed to Smith, “What’s the ‘T’ stand for?” saw his first combat action over Rangoon on December 23, 1941, when he was credited with shooting down 1.5 Mitsubishi Ki-21 "Sally" bombers followed on Christmas Day with credit for two more Sally bombers and a fighter. Promoted to flight leader in the Third Pursuit Squadron, "Hell's Angels", Smith was credited with shooting down a total of 8.9 Japanese planes, and was twice decorated by the Chinese government. The AVG continued to fight throughout Burma and southwest China until it was officially disbanded on July 4, 1942.

Spruce up your room, man-cave, garage or toolbox with this vinyl decal paying tribute to the 3rd Pursuit Squadron, American Volunteer Group "Flying Tigers"! Comes with smaller vinyl decals that can be applied anywhere, an application tool, and instructions.