What is a Victory marking? A Victory (or often called “Kill”) marking was a tally or trophy symbol painted to symbolize the defeat of the enemy during a military mission.

Keeping the tally of a successful defeat of the enemy has been a common practice since the beginning of record keeping and trophy hunting. Whether a painting in a cave, a “notch” on a belt, display of a defeated enemy's weapons, or a painted symbol on aircraft; this tally of victory helps tell the story of the victorious and raises their status as a successful warrior. In this post we look at some of the distinct meanings of marking used for the US Army Air Force during World War II.

During WWII the use of markings on the side of aircraft was a common occurrence as well as Naval and land base vehicles. This military tradition was largely carried over from past WWI squadrons recording combat kills on a board located at homebase by displaying the enemy’s insignia. These symbols evolved in complexity over time, and varied in style and were largely carried out in part by the pilots and ground crew to boost morale and keep a score of battle throughout the war. No doubt that a Fighter Ace’s held in high regard these markings, as it marked their combat achievements while fighting for their country.

These symbols were found on nearly every type of aircraft during the war. From bombers, to fighter and troop transports, these aircraft all showcased these mission markings. Although not every mission or kill was accounted for via these markings, the symbols tell the rich history of the aircraft and the pilots that flew them into battle.

From a fighters perspective, a successful victory during a dogfight was not something that was left untold. For this reason, it was common to display the insignia or national marking of the enemy to mark the kill. These were composed of swastikas, Japanese Imperial flags, Russian Stars, American flags and Stars and Circles. Symbolizing the victories over the enemy wasn’t solely done by the Allied forces, but a practice done by the Axis powers in equal comparison. 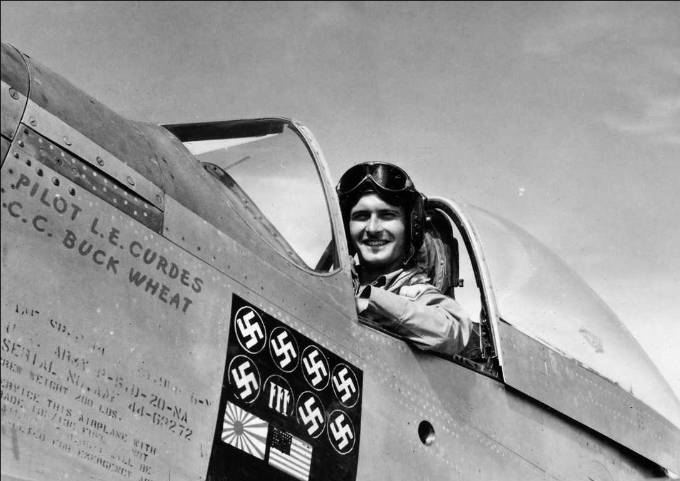 Bomb Mission symbols varied in shape and size, but for the most part were a simple design to denote the number of missions carried out by the bomber crew. The addition of“star” was used to signify a lead bomber within a mission.

Above: A few varieties of bomb mission symbols. 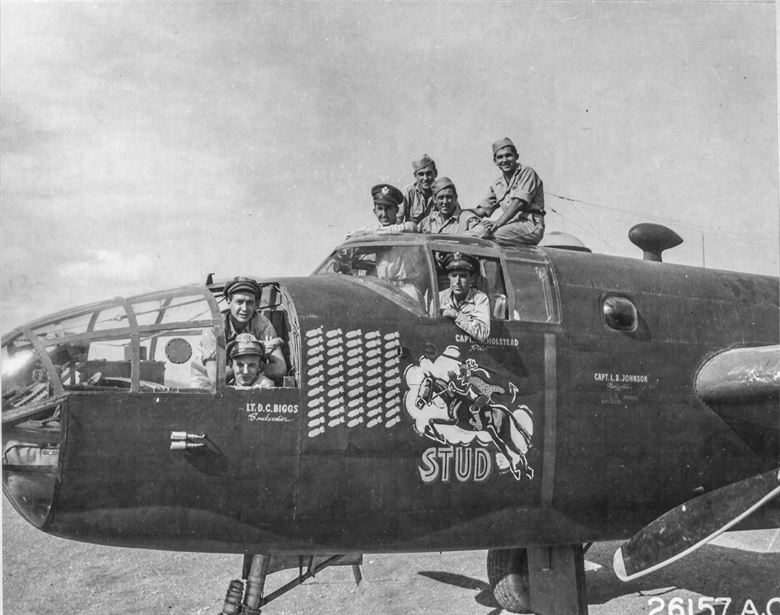 Above: The B-25 crew “Stud” poses with their aircraft which flew over 50 bomb missions. The aircraft was flown back to the states to promote the sale of war bonds. 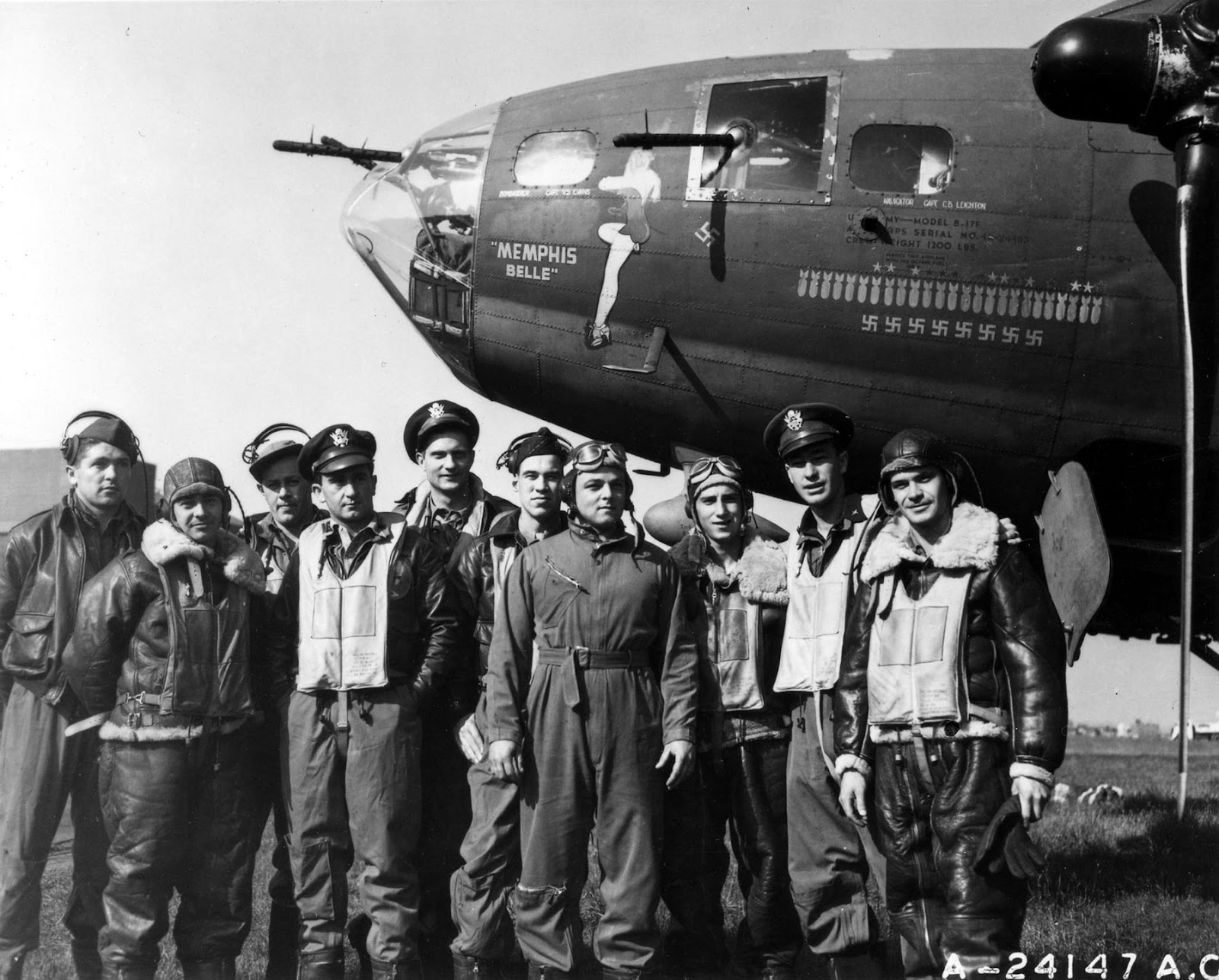 Above: The crew of the B-17 Memphis Belle poses with their aircraft, another used for the war bond effort. 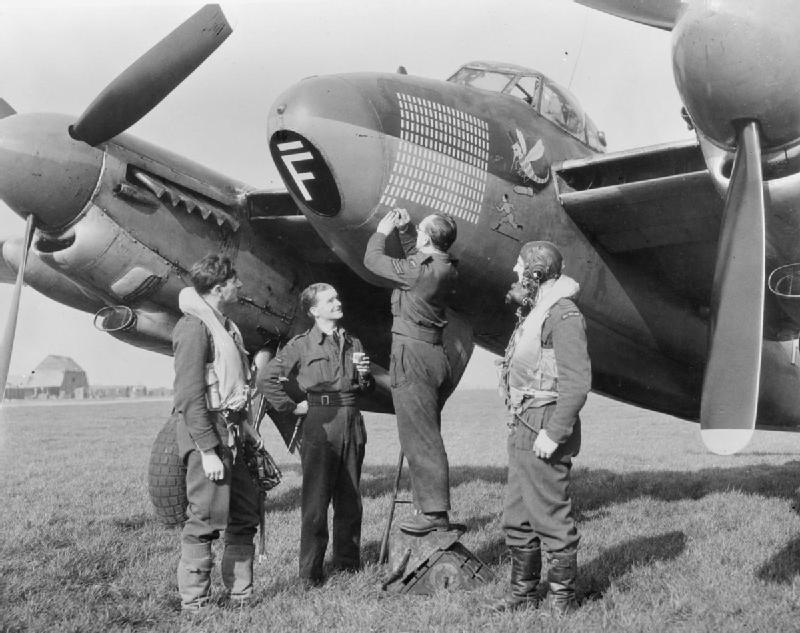 Top Cover missions were signified by an umbrella shape. These missions were flown by high altitude combat aircraft meant to protect bombers or other operational aircraft at lower altitudes. 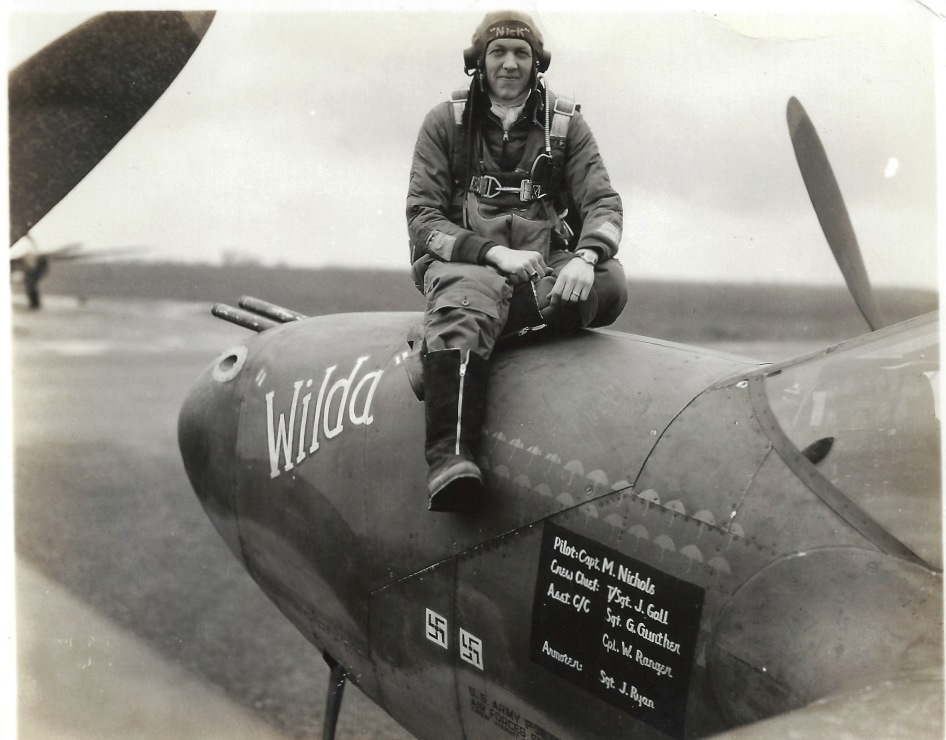 A Fighter Sweep is an offensive mission by fighter aircraft to seek out and destroy enemy aircraft or targets of opportunity in an allotted area of operations. The successful mission was symbolized by a broom shaped silhouette. 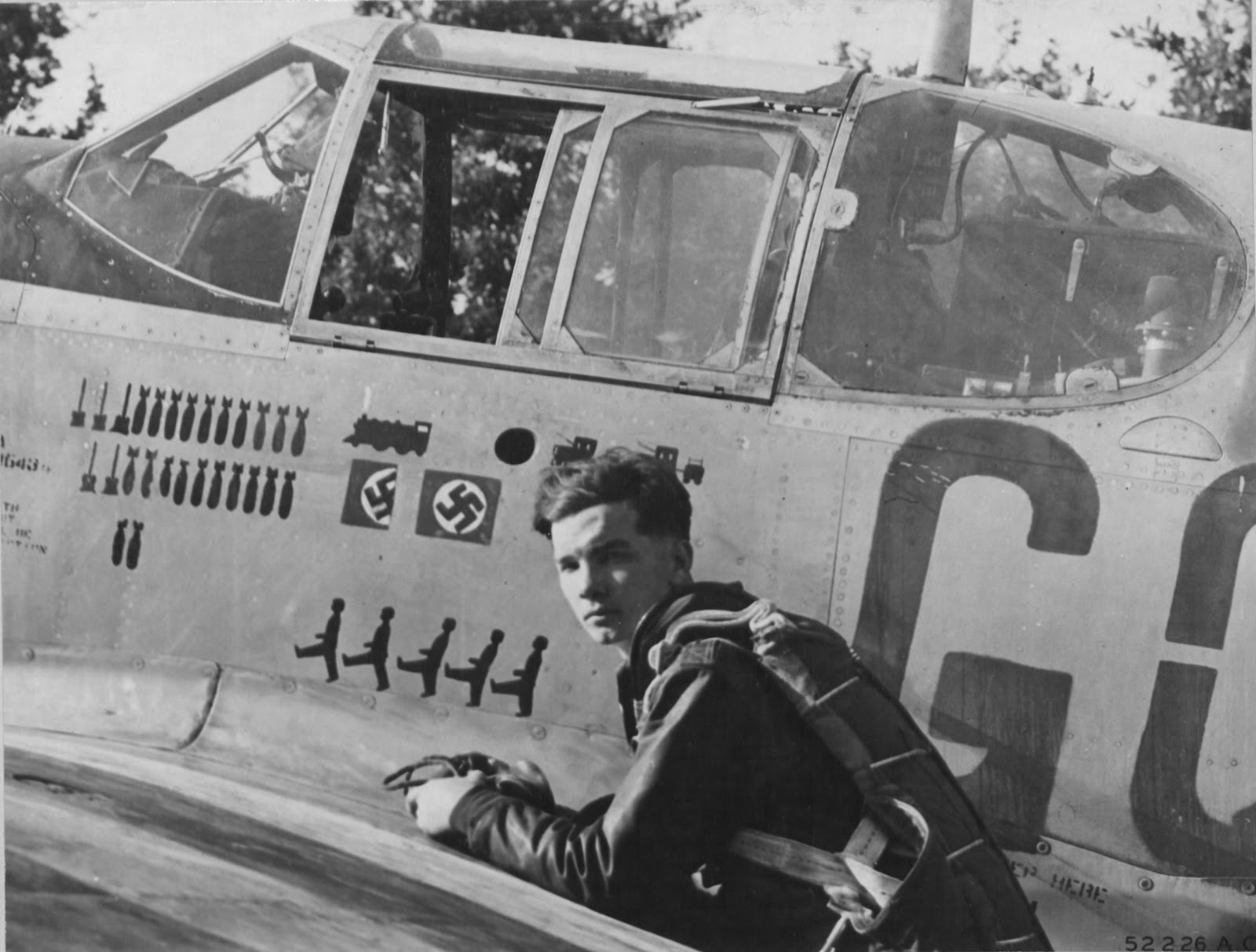 Above: Pilot Lt. William King on the wing of his P-51B Mustang “Atlanta Peach”. At the time this photo was taken, King’s aircraft was marked to have flown 5 fighter sweep missions, 22 bombing missions, destroyed three railcars and shot down two German Aircraft. 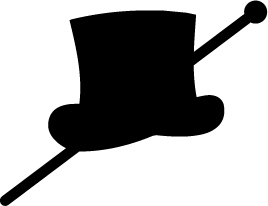 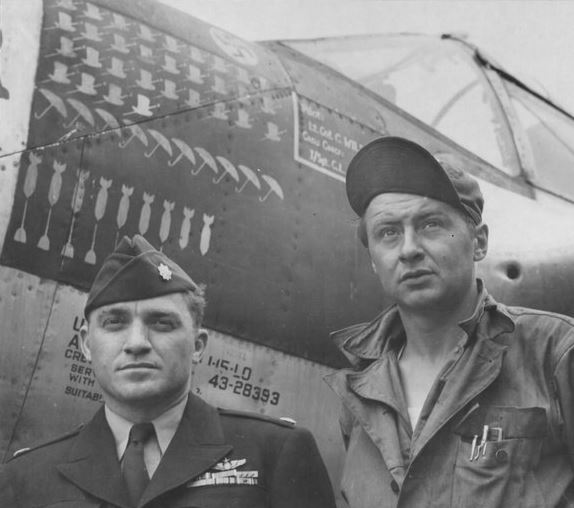 Above: A P-38J with an array of fighter escort, top cover, sweep, and bombing run markings.

Also important were missions dropping cargo and paratroopers. These symbols were detailed with a parachute and cargo container underneath. Paratroop drops symbolized with a silhouette of a C-47 above the drop symbol. 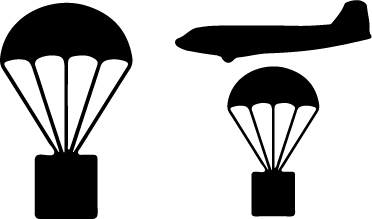 Land and Sea targets were also marked on aircraft with various symbols that varied from floating to sinking ships, along with various train designs.

Have more research on Victory markings you’d like to add? Send us a note on our CONTACT page. We’d love to hear from you!