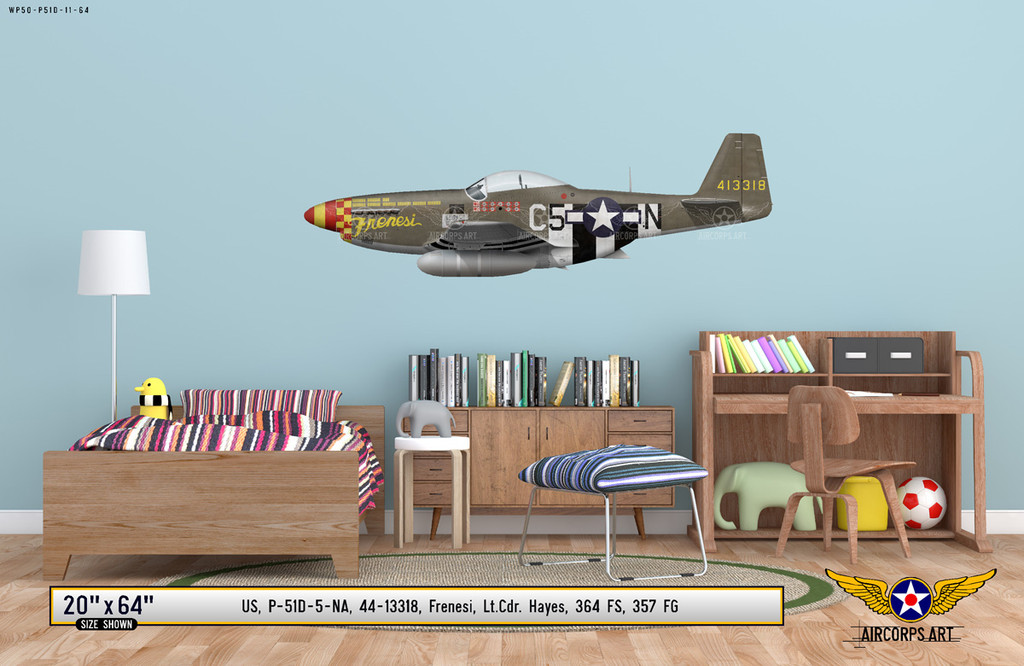 Frenesi was named after a popular song of the time, "Free 'n Easy". It was one the very first D-model Mustangs received by the 357th Fighter Group, and probably the only one operational on D-Day. The markings include 84 bomb marks, each indicating a completed mission rather than a bomb strike. There are two Japanese kill marks and nine German ones. The aircraft is painted Olive Drab over Medium Gray and has an unusual unpainted area containing aircraft information forward of the cockpit.

Spruce up your room, man-cave, garage or toolbox with this vinyl decal paying tribute to the P-51 and the 357th Fighter Group! Comes with smaller vinyl decals that can be applied anywhere, an application tool, and instructions.