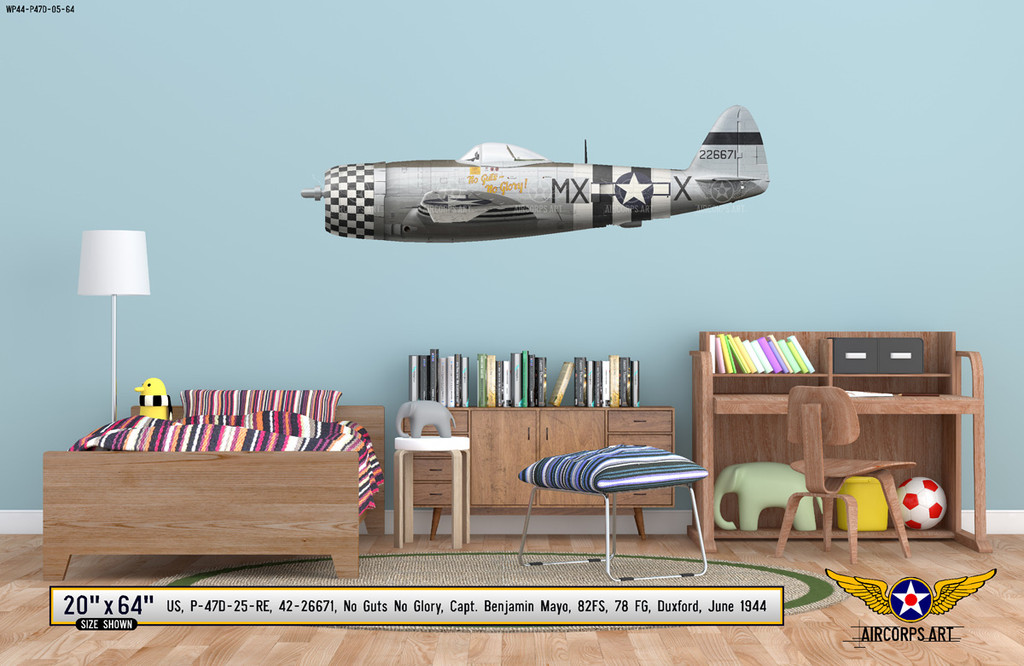 The Republic P-47 Thunderbolt was a real workhorse of the Allied victory during WWII. Nicknamed the “Jug” (short for “Juggernaut”) by adoring pilots, the P-47 was a heavyweight warbird — and one that packed a devastating punch. More than 15,600 Thunderbolts were manufactured between 1941 and 1945 and they served in every theatre of the war performing a variety of missions from bomber escort to close air support.

The P-47 was a big plane. It was three feet wider than the P-51 Mustang and four feet longer. And at more than 10,000 pounds empty, it was about 50 percent heavier than the Mustang and nearly twice the weight of of the British Spitfire. In fact, along with the three-seat Grumman Avenger, the P-47 was among the heaviest single-engine aircraft of World War Two. Despite its considerable mass, the P-47’s 18-cylinder, 2,600-horsepower Pratt & Whitney R-2800 Double Wasp engine (the same power plant used by the Vought Corsair and Grumman Hellcat) enabled the unwieldy Jug to keep pace with the Mustang. Both had a top speed of around 440 mph (700 km/h). And while the P-47 could reach altitudes in excess of 40,000 feet (12,000 meters), its range of just over 800 miles (1,300 km) gave it half the legs of the P-51.

Spruce up your room, man-cave, garage or toolbox with this vinyl decal paying tribute to the famed P-47 Thunderbolt! Comes with smaller vinyl decals that can be applied anywhere, an application tool, and instructions.